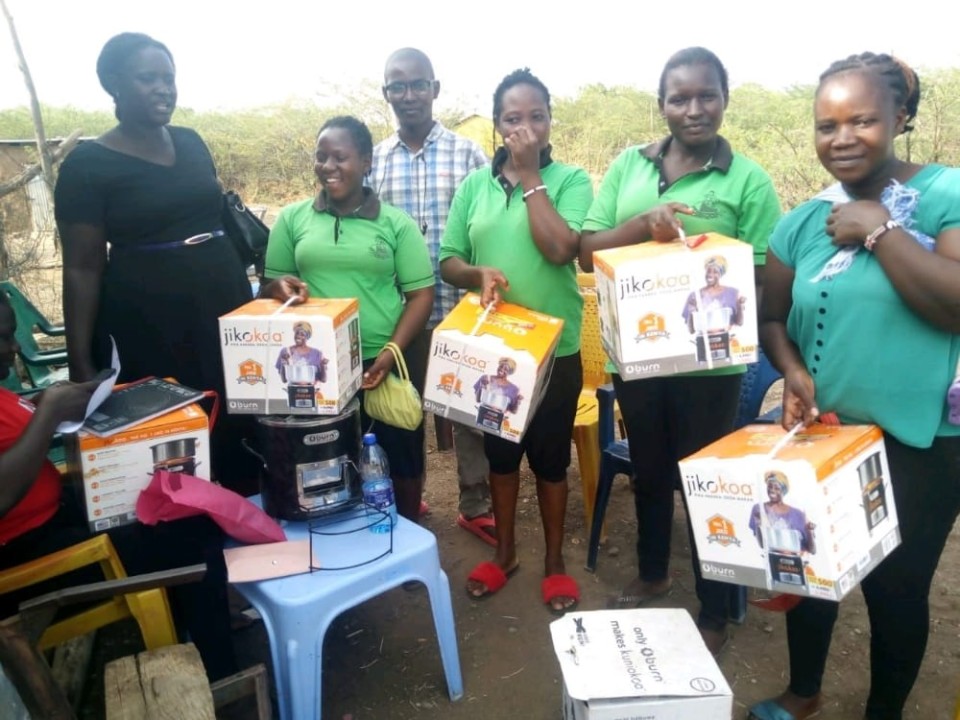 230 MILLION YEARS. That’s how long dinosaurs had dominion over our planet. As a comparison, the first human beings arose on earth just a mere 300,000 years ago. If anybody could be cocky about ruling the planet, the dinosaurs would be but all that changed about 65 million years ago when that ill-fated asteroid hit the earth and not even T-Rex could survive. What if someone told the dinosaurs to look up? What if there is something the dinosaurs could have done to save the planet? These are the questions we are grappling with and luckily for us, we know exactly what we need to do.

One of the people who have gotten into the action arena is Brian Onyango. He noticed that whereas the global stage was talking about how to reduce emissions that are affecting our ozone, the marginalised communities in rural Kenya were left behind – struggling with their day to day lives so much that they didn’t even know what climate action was. At Kakuma area in Kenya, one of the refugee sites in the country, Brian noted that they were still using the traditional 3-stone hearth and firewood which meant our greenlife was in danger as trees got cut to make for firewood. Some of them relied on the traditional charcoal stoves which were inefficient, emitted a lot of carbon into the atmosphere and led to fuel wastage and destruction of our greenlife. As an environmentalist, this didn’t auger well with him and he had to take action.

Usafi Green Energy was born. Brian tells me that they manufacture clean energy cookstoves under the brand names: silver Bora and Briquettes. They then distribute them to marginalised settlements and refugee camps, one of them being Kakuma in Kenya. Their model is simple but with complex operations. Brian has a team of sales persons who distribute these cookstoves to little mom and pop shops in these marginalised areas to then sell to the residents. Considering these distribution agents – the mom and pop shops –  are themselves struggling with cash flow, Usafi Green Energy’s genius is in setting flexible payment plans that see some of these agents get the products on credit and then pay back on a daily basis, based on their sales over time. These flexible payment terms – colloquially called “lipa pole pole” or “lipa mos mos” quickly saw Usafi Green Energy onboarding over 200 agents in no time, a number that’s growing daily.

With growth comes operational headaches. When they were serving just a few agents, the sales ladies would go to their shops and physically collect their daily payments and record them in a physical book. But how do you scale that to over 200 agents all in remote marginalised areas? How do you even reconcile their payments and balances? So hectic was it that Brian had to count huge losses from time to time, until one day, he stumbled upon Patika.

“With Patika, we have been able to not only reduce the time of collections that we were doing in-person but now, we no longer have to go through books from every agent to figure out how much we have collected and our customers’ balances.”

With Patika at the core of his day to day operations, Brian sees only the sky as the limit as he plans on rapid expansion to not only get his product to more people across all marginalised areas in Kenya and beyond but to also save the planet. “Moving to cleaner energy demonstrates a life saved from dirty emissions and environmental conservation. Climate is all about reducing our carbon footprint. The more we emit dirty fuel the more we are at risk hence we need to adopt cleaner energy solutions.” Brian says and I can’t agree more with him. Indeed, a 2020 climate action report indicates that 2.4B people still use inefficient and polluting cooking systems. It also laments that the impressive progress we once had on electrification has slowed due to the challenge of reaching marginalised communities. A whooping 733 million people still live without electricity. That’s why entrepreneurs like Brian are playing a pivotal role of not only getting the 2.4B people to move from inefficient polluting cooking systems but he also does it to the hardest to reach marginalised communities.

“Our long term mission and vision is to provide clean and affordable energy solutions to the most marginalised communities and make it accessible to all.” He tells me as we complete our conversation. SDG7: Affordable and Clean Energy pushes us to a world where we have affordable, reliable, sustainable, and modern energy for all. Our annual energy intensity improvement rate has only been ~1.9% in the last decade but there is room to do better because we do not want the same fate T-Rex had.

We at Patika are proud to be powering the payment plans and collections operations of Usafi Green Energy as we aim to hit that target 3.2% annual energy intensity improvement rate by 2030.

Previous ArticleFinding Patika was like a Eureka moment for usNext ArticlePatika helped my business get back on its feet, after the effects of the pandemic